Warning: "continue" targeting switch is equivalent to "break". Did you mean to use "continue 2"? in /nfs/c03/h06/mnt/47997/domains/jeffschram.com/html/wp-content/plugins/types/embedded/includes/wpml.php on line 624

Warning: "continue" targeting switch is equivalent to "break". Did you mean to use "continue 2"? in /nfs/c03/h06/mnt/47997/domains/jeffschram.com/html/wp-content/plugins/types/embedded/includes/wpml.php on line 641
 B.B. King | Jeff Schram

Warning: count(): Parameter must be an array or an object that implements Countable in /nfs/c03/h06/mnt/47997/domains/jeffschram.com/html/wp-content/plugins/workbox-video-from-vimeo-youtube-plugin/workbox_video.php on line 192 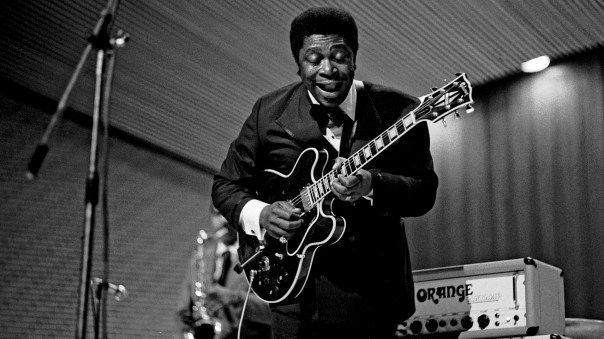 Music has been my connection with life. I’ve made the best friends through music, and it was the first thing that I discovered on my own when I was young. I tended to play sports, get into arts & hobbies, etc. because my were doing it. When I got my first old battered guitar, I spent hours on my own learning the secrets of chords and songs not for anyone else – just for me.

I became fascinated by the stories of legendary musicians and read all the biographies I could find in the library. The best was B.B. King. His life was so different than mine. I grew up in the suburbs, he grew up on a plantation where the houses had dirt floors. I was awkward around girls – he lost his virginity at something like 7 years old! (seriously, google that) The blues was so honest, turning your troubles into song so others can listen and relate. Where I grew up, everyone hid their troubles and pretended like everything was fine.

I was inspired by these stories, and eventually moved to Chicago to study music. Taking the train to school everyday, I’d have my guitar (a classical guitar now, not the old beater) and my walkman with Eric Clapton, Frank Zappa, and B.B. King “Live in Cook County Jail” which was recorded just outside the city in a time so long ago it seemed foreign. The album is incredible – beginning with an announcer introducing the warden- and the inmate crowd booing him.

BB died last night. I’m listening to that album right now, I have every note memorized, every sound from the crowd, the sound of the trains in the background. It’s hard, didn’t get 30 seconds in without crying. It was 17 years ago that I first listened to this, 17 years later I’m thinking of that time when life was so much simpler.

I saw him perform a few times. He looked like he just loved life. He was a jokester on stage, pretending to unplug the keyboard during another musician’s solo – bouncing around the stage. I loved it – I got a foot away from being able to shake his hand.

I studied classical guitar in school, and a review of one of my recitals said I had too much vibrato “B.B. plays Vivaldi” it said. I was proud of that.